Starting to to look a little coop-like! 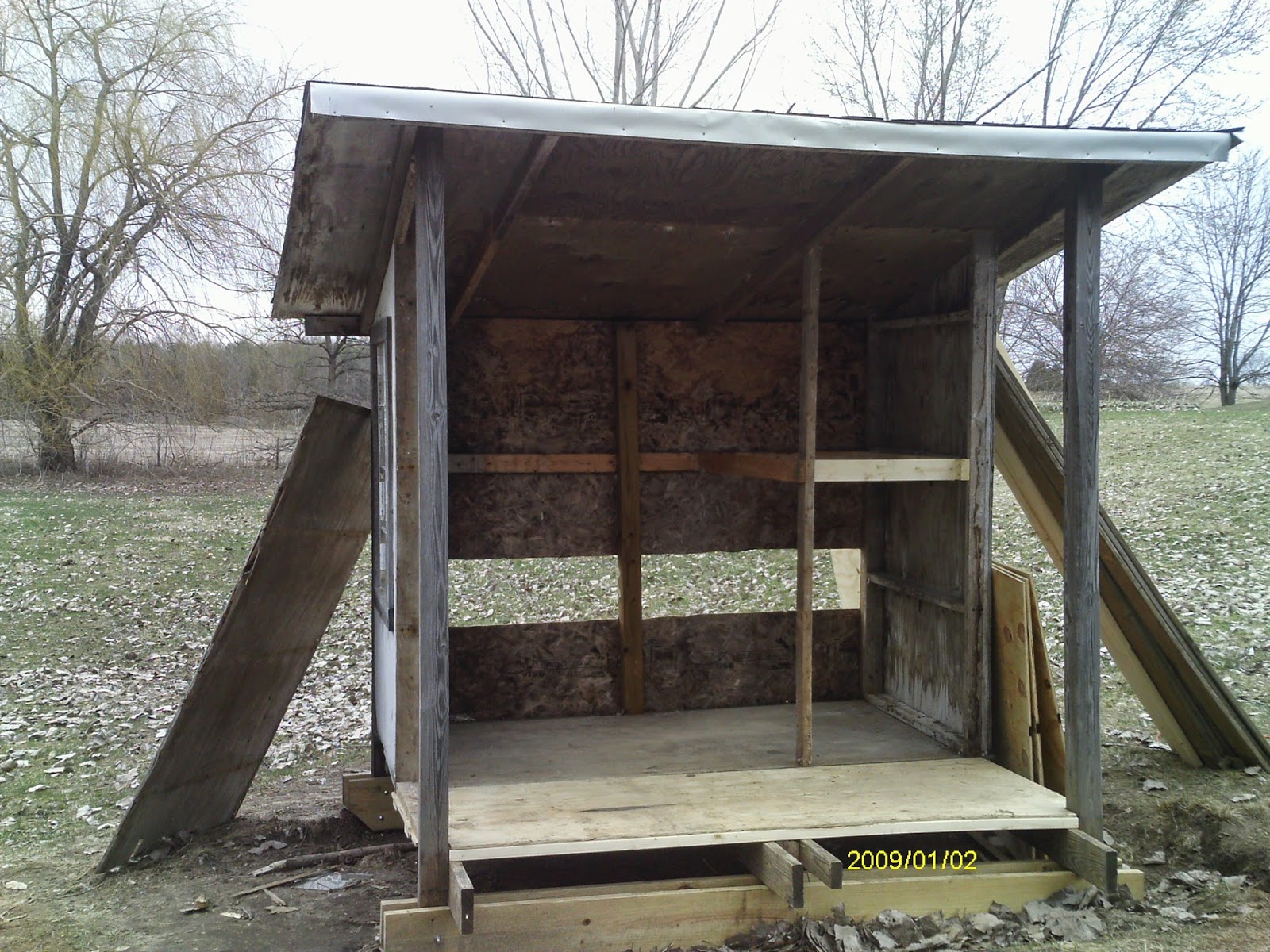 More work on the coop today, which is day 4 of the "vacation".  I managed to get the floor done, a shelf
framework in for storage, a side wall framed up, and the holes cut where the laying boxes will go.  All that doesn't sound like much for a day's work, but there were "complications".  It turns out between what we'll call "apparent dimensional miscalculations" during the original construction and whatever 'warpage' occurred when The Boy and I added a set of skids to what was then called the "bus house", chainsawed off the legs just under the newly installed skids, and dragged the structure some 100 feet to its new location, the structure is now geometrically challenged.  Every one pretty much understands we live (at least at the macro-level) in three physical dimensions and at least notionally can describe them.  I have discovered what I believe to be three new physical dimensions involved in my coop construction.: They are: 1) "Oops!"  2) "Wow! - It doesn't LOOK that whopperjawed." and 3)  "How can it possible be that far out of whack and still be standing?!?".  Sadly, there are far more "Type 3 dimensional anomalies" than I thought could exist in one location without a black hole forming and pulling the whole thing in.  As a result each measurement became a new puzzle and each piece of the structure is absolutely unique to its location in the coop-to-be.  (I suppose that's no different than you and I, but you kind of expect something different when you're dealing with a 2x4.)  All that being said, it was a good day, and I wouldn't trade it for another. I think tomorrow will go some faster, but I'm taking part of the day off to do some target shooting with Daughter #1. I'm looking forward to it and will tell you all how it goes.

Mark
I am blessed! I was raised on a small beef farm in NE Indiana by Christian parents and with two very active brothers. After 4 years in the USMC, marrying my high school sweetheart, 4 years of college, having 2 of 3 kids, and living a couple years in 'North Outer Suburbia', we moved the family to a home we built on two acres on the 'backside' of the family farm. At the start, sometimes we had a garden, and sometimes not. Largely, we lived very similarly to our previous 'North Outer Suburbia' life. Recently I'm seeing things differently and am trying to be a better steward of the land and opportunities God has given us. We keep a large garden, we've added chickens and next year, God willing, we'll add some fruit trees to the mix, all while working a full-time professional job, serving the Lord with our Church, and enjoying life with my wife of 35 years. My blogs are your chance to share with us on our journey! I invite to you to laugh with us, cry with us, learn from our mistakes (There will be lots), and just walk along for the company. There will be plenty of time for all that and maybe for sharing a pitcher of iced tea, too.